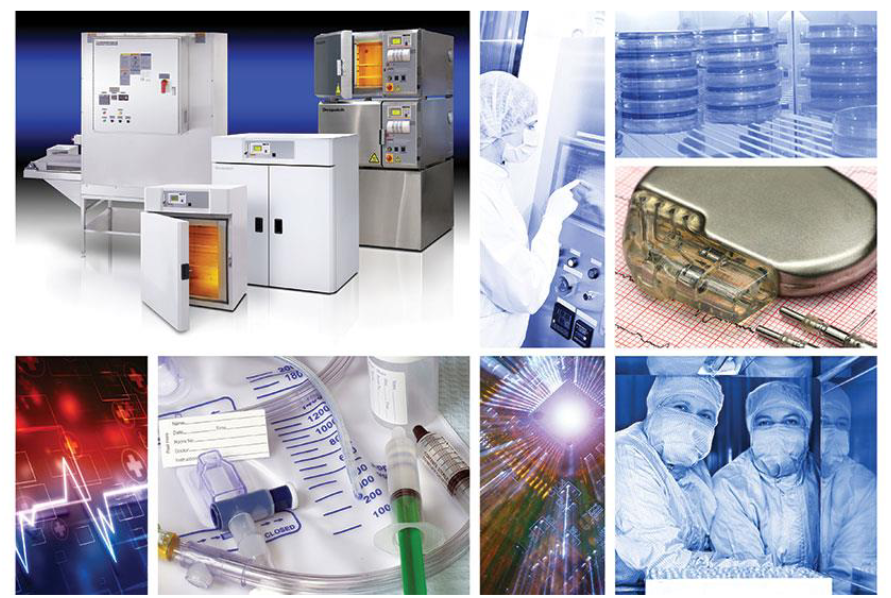 Medical device adhesives must bond reliably. Otherwise bad things happen with medical devices, especially implantable ones. Preventing device failure or poor performance is why these products must meet strict internal, Federal, and international standards, like ISO 9001, ISO 13485, and ISO 14001. But accelerated age testing shows that adhesives lose bonding strength over time unless fortified in some way.

Curing adhesives at precise temperatures ensures that adhesives retain their bonds no matter how inhospitable the environment. Go outside this precise temperature control window, however, and part quality and bonding strength diminishes. Put another way, curing can strengthen or degrade adhesive bonding. With so many factors at play, curing adhesives correctly in an industrial oven is easier said than done.

Light curing isn’t a panacea. It won’t cure all your bonding issues. Light curing adhesives use photo initiators. They cure rapidly when exposed to specific wavelengths of light. Many, for example, cure under ultraviolet light in as little as a second.  So, while light curing has its benefits like boosting automated assembly, it also has its issues, like air bubbles within the adhesive. Be mindful of those issues.

Thermal curing isn’t going away any time soon. It’s still a critical step in many medical device manufacturing applications. Thermal curing not only provides a high degree of repeatability.  It also lets you tightly control the environment inside an oven. That helps you to maintain ISO 5 cleanroom conditions throughout the cycle. Other benefits of thermal curing include hardness, rigidity, and impact resistance.

4. Long cure times have their downsides

Many thermally cured adhesives cure at room temperatures. But that cure time is often too long for many medical applications. Long cure times increase work-in-progress, boost production costs, and foster poor quality. Curing at high temperatures, on the other hand, generates better results, but the substrate involved and the adhesive limit the temperature. Adhesive companies can help by defining minimum cure times at specific temperatures. Manufacturers supplying the coating can specify the temperature needed for coating.

Some medical device applications require multiple curing steps. Each step is unique. Each also has its own set of constraints, materials, geometries, and functions. When manufacturing life-saving devices, which often have a high risk of failure, manufacturers must qualify the production processes. That ensures these devices perform as expected and meet all requirements. Medical device manufacturers often use thermally cured adhesives for these critical curing steps because of their reliability and reliability.

Given the critical role ovens play in thermally curing adhesives, manufacturers must choose the right oven for their production process. Below are some key features to look for in an oven:

Some ovens contain inert atmospheres with nitrogen to stop the oxidation of parts during a soak at elevated temperature. This step involves purging the chamber with nitrogen gas before enabling the heater. Well-sealed ovens have oxygen levels of 10 to 100 ppm.

HEPA filtration is critical where foreign matter on a part can result in rejection. Ovens with HEPA-filtered recirculation air can maintain ISO Class 5 cleanroom conditions. But HEPA filters can be less efficient during temperature changes. So, it’s critical manufacturers limit ramp rates on HEPA-filtered ovens to maintain the requisite cleanroom conditions throughout the entire profile.

Hazards associated with adhesives are often involved with the curing process. Ovens should be well ventilated and exhausted to ensure curing by-products don’t impact users. Another related risk is the danger of explosions from solvents in the adhesive formulation. These applications require a Class A oven designed to meet NFPA 86 requirements. While many adhesives lack solvents, some have them. Lesson learned: Know what you’re putting in the oven at all times and the safety measures needed to address their risks.

Curing adhesives is a crucial production step when manufacturing medical devices. Light curing works well in the right situation, but thermal curing typically beats other curing methods in medical applications. Industrial ovens can deliver the uniform and repeatable thermal processing needed to boost bonding strength of medical device adhesives. But you need the right oven for the right application along with the right best practices to boost the bonding strength and longevity of adhesives. Failure is not an option when it comes to medical device manufacturing.

Corning Now Wants To Install Its Gorilla Glass Into Automobiles!

Bose Is Creating Augmented Reality Glasses With an Audio Focus