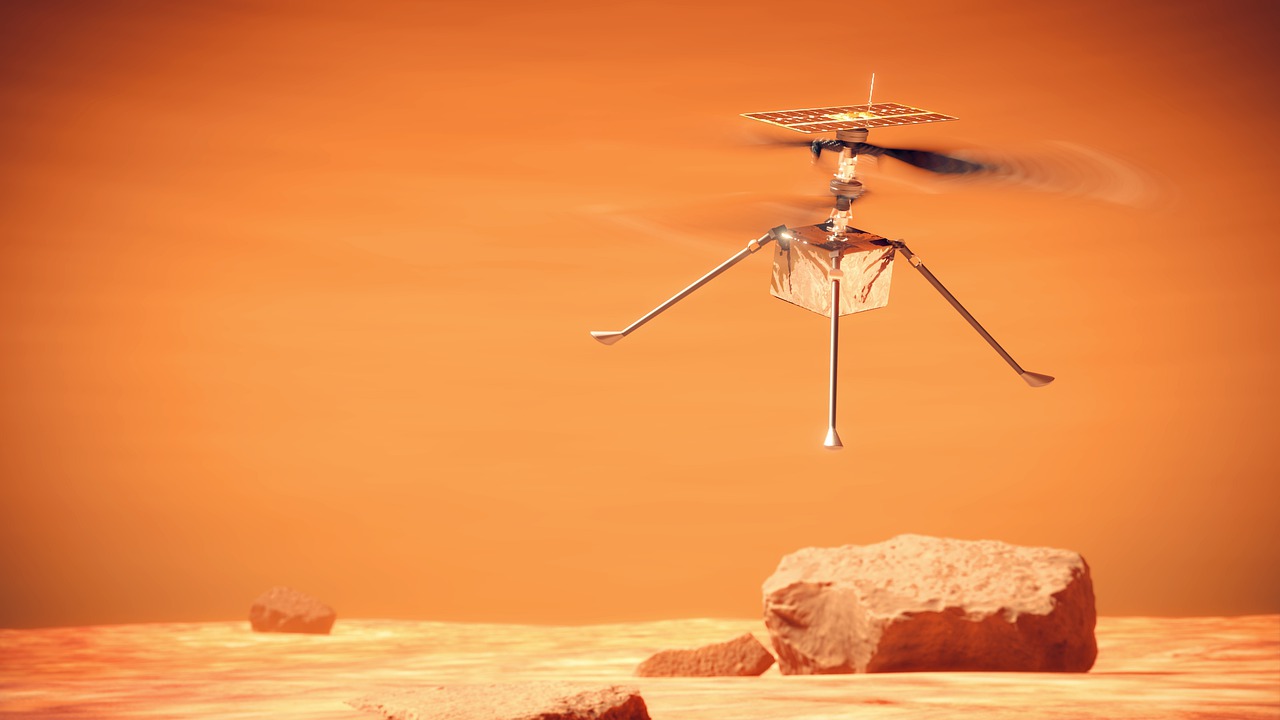 If you enjoyed the tales of the Wright Brothers in olden-day fairy tales, then you will be excited to know that the Ingenuity is circumnavigating our solar system–and you can now track it live during your lunch break at work.

The Arrival of Ingenuity on Mars

This high-tech helicopter accompanied the Mars rover Perseverance to the red planet and made a dramatic entrance on the 18th February 2021. This four-pound gadget made its maiden voyage by hovering for 40 seconds at 10 feet.

It is the hope of NASA that the helicopter can provide valuable information as Earth continues to develop and prepare for returning astronauts and humanity alike to more frequent moon visits. Hot on the heels of this achievement would be to send more humans to Mars.

The NASA team has planned a further four more flights to the red planet to test the durability of the helicopter and to see if it can withstand the atmospheric pressure of Mars–which is 100 times thinner than we are currently experiencing on our own planet.

In order for the helicopter to operate at an optimum level, the blades need to rotate at a speed of 2 400 rpm, which is the Earth equivalent of 87,000 feet.

NASA’s enthusiasm was curbed for more than a week by the deployment delay due to detecting a fault with its high-speed rotors. This saw the helicopter being inoperable from a flight mode perspective.

In The Name of Preparation

To prepare for the mission, NASA had to conduct a vacuum-like test on the Ingenuity to gain a solid understanding of what is expected in terms of complexity when trying to fly the helicopter on this planet.

What The Future Holds

This is merely the beginning of major advances towards space exploration and what that will mean for humankind. We can’t wait to see what NASA has in store for us.

One thing is certain, Musk’s vision of living on Mars is one step closer to becoming a reality!