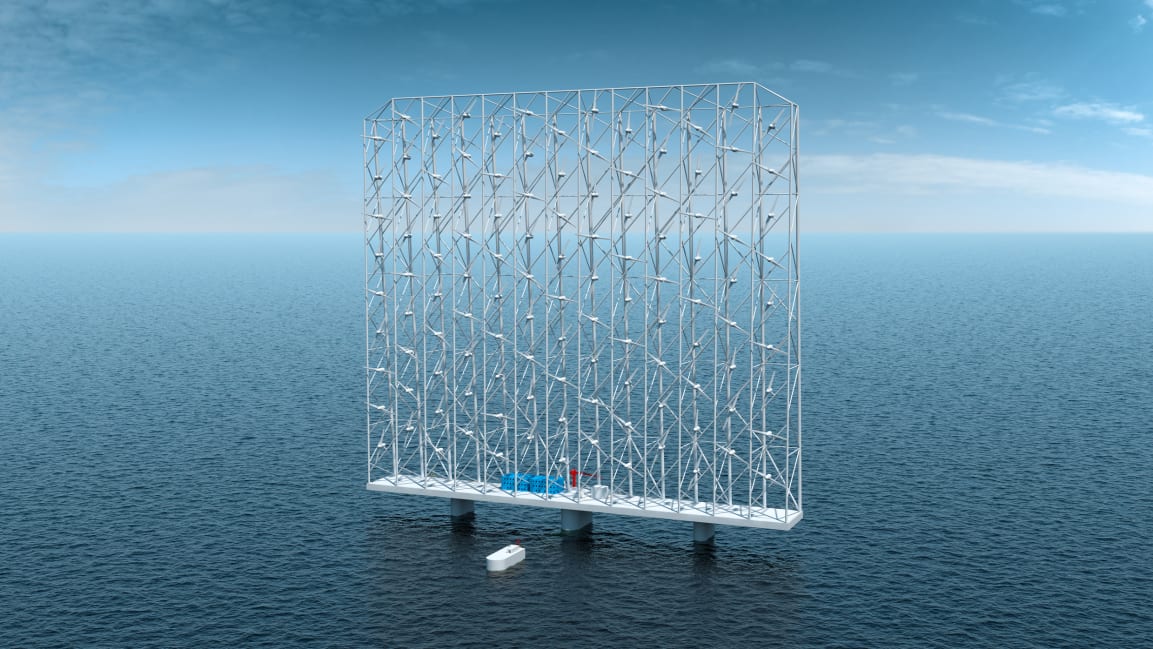 A Norwegian company called ‘Wind Catching Systems’ has designed a novel wind turbine system that is theoretically capable of generating five times more electric energy than what is outputted from even the most advanced conventional wind turbines. The unit incorporates over a hundred smaller (50 ft of diameter) blades that are fixed on a floating structure that has a height of 1,000 feet (305 meters).

The idea is to take the structure to deep ocean locations where the wind blows strongly, and then transfer the energy to the main grid through long underwater cables. Because the blades are so much smaller, they are a lot cheaper and easier to manufacture. Moreover, the unit can stay operational for up to 50 years, whereas traditional wind turbines can last only half of that.

Maintenance is another advantage of these units because there are essentially no significant downtimes. If a turbine or its blades have a functional problem, only that one will have to be stopped and restored. As such, the unit would only suffer a minimal impact on its energy output. Service technicians could schedule repairs in such a way that the unit would constantly deliver almost to its maximum performance while staying in prime condition.

As for the bird collision problem that such a structure would have, the firm plans to address the issue by incorporating bird radars that send out short pulses of signals to incoming birds, hopefully convincing them to go around the turbines.

All of that is on paper right now, or in a computer simulation, if you prefer, but ‘Wind Catching Systems’ plans to build a prototype of its pioneering wind turbine by 2022. The prototype will be built in the North Sea, and if it succeeds, the next installations will be in California, and then in Japan. These two have good wind resources near the shore and their governments are supportive of experimental projects of this kind.

Scientists Claim to Have Formed Glass that Is Harder than Diamond