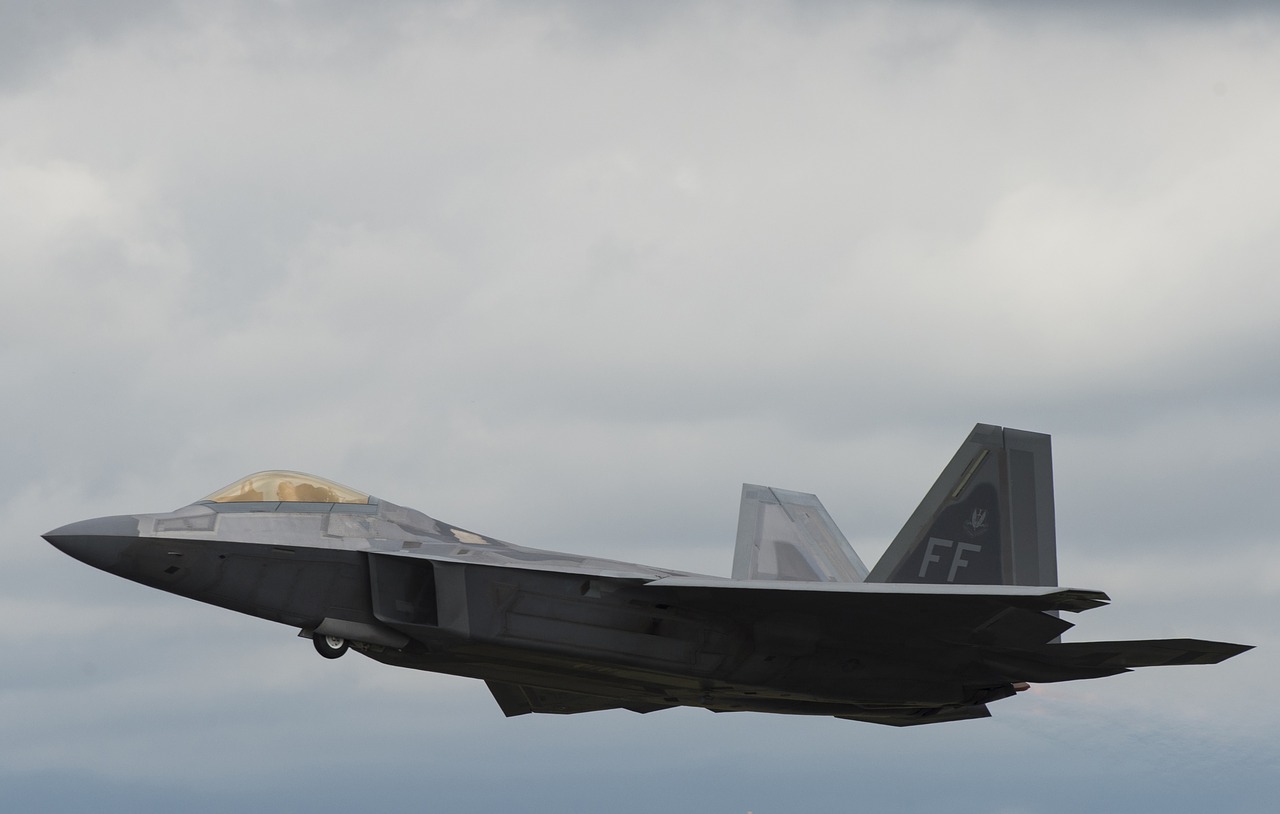 The US Air Force displayed and launched twenty-four F-22s to show off an impressive air power. The fighters lined up and took off one by one from an airbase in Alaska.

The aircrafts’ formation and take off is popularly called the “elephant walk”. The event was organized to test the base’s capabilities.

The Lockheed Martin F-22 Raptor is a fifth-gen fighter aircraft made by the US Air Force and introduced in 2005. The mass take-off of two dozen F-22 planes accounts for half of all 3rd Wing’s Raptors.

In late 2018, the 3rd Wing had only 42 Raptors. A Hurricane destroyed Tyndall Air Force base the same year, after which the USAF began sending 55 of its F-22s to other locations.

According to a National Interest’s article, “Elmendorf got at least six F-22s from Tyndall’s front-line 95th Fighter Squadron. The 43rd Fighter Squadron, a training unit at Tyndall, temporarily set up shop with 28 F-22s at Eglin Air Force Base in Florida.”

USAF has 183 F-22s in its possession. The aerial service never had enough aircrafts to equip their 6 squadrons with at least 24 of them. Since they operate in four-plane formations, the number 24 is essential.

It makes it easier for a squadron to manage these aircrafts. A unit with more jets can also make a “more efficient use of the manpower.”

As stated by Interesting Engineering, “the Alaskan airbase provides a spectacular starting point for the exercise, the planes take off with a backdrop of craggy snow-dusted mountains. It isn’t the first time power displays have been made from the Alaskan base, the airbase has done similar routines with 30 A-10 Warthogs, a group of Japan-based F-15s, a bunch of A-10s and F-16s, and the F-35 Joint Strike Fighter.”

If you Got a Flying Car, you may Legally Drive it in New Hampshire

Motorola Patents Touchscreen Display Capable of Repairing Itself With Heat