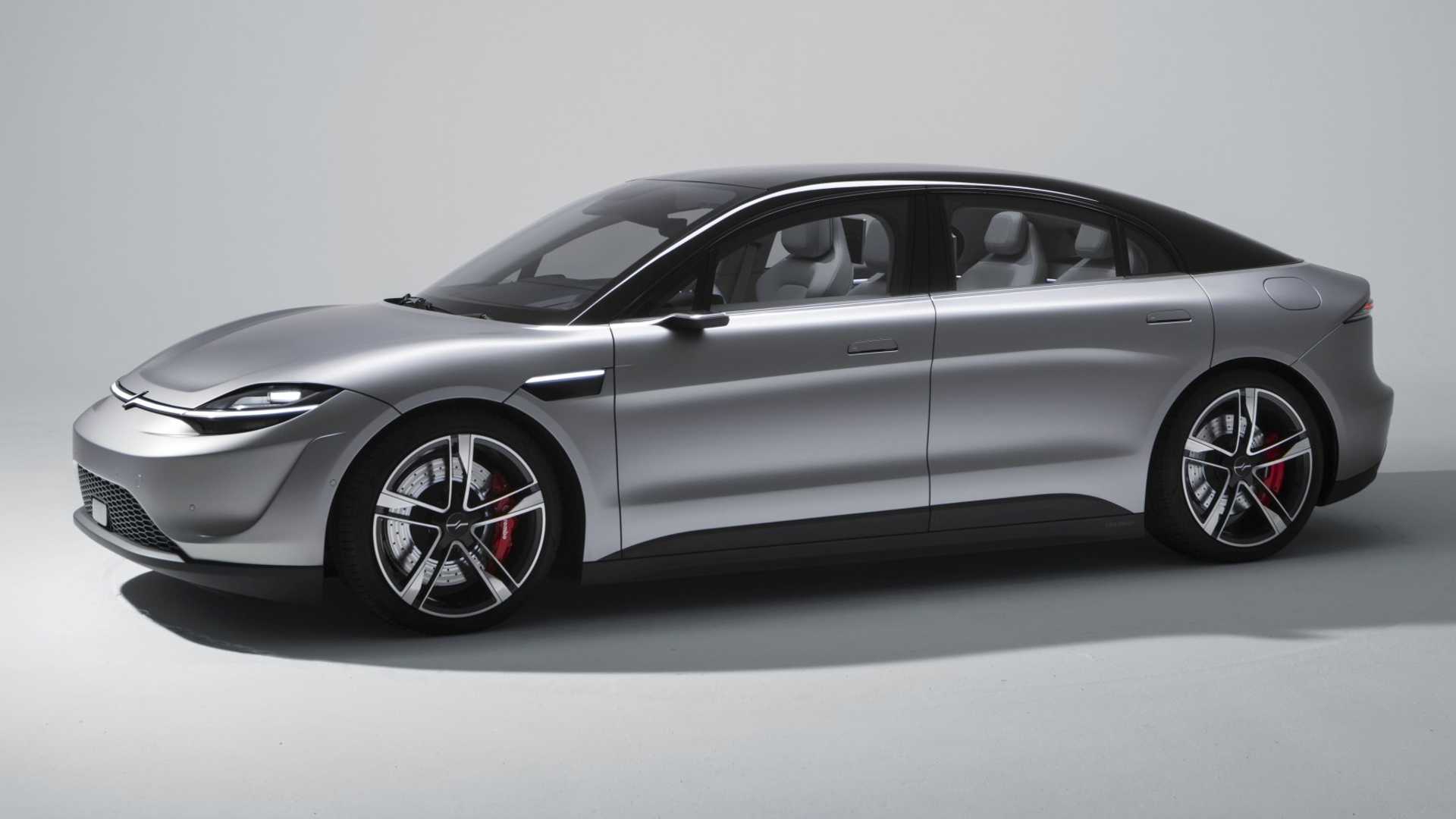 The automotive segment seems to get more interesting for companies lately – now, even Sony launched a concept car. The Vision S concept was unveiled at CES this year to showcase Sony’s car-related technologies. It’s a fully-working prototype made in collaboration with the Austrian automotive company Magna that runs on electricity.

According to Sony, though, the Vision S concept probably won’t go into production. That’s a shame because the design is arguably more pleasing than any other electric sedan on the market, including the Tesla Model S and Porsche Taycan. What we will definitely see in the future is Sony’s latest technologies designed for electric and self-driving vehicles.

That’s immediately recognizable inside. Sony made sure that its display technology is clearly visible on the dashboard – it’s filled with touchscreens. More precisely, there are three screens in the middle for information and entertainment. The two displays on the edges are actually the rearview mirrors, while the one in the lower center part of the dashboard controls the infotainment system. The rear passengers also have access to displays, attached to the front seats.

Sony designed a completely new user interface for fluid and fast control of the software and apps. As expected, the concept car also had access to Sony’s licensed music and movies. That’s a smart move – tech companies view cars as the next great thing for entertainment, especially in the wake of self-driving technology.

Oh, and when it comes to self-driving tech, Sony has plenty to offer. The Vision S concept is equipped with camera sensors from the company, used to navigate the vehicle around. Sony’s cameras are also used for the rearview mirrors, instead of the standard physical ones. Apart from cameras, the concept has LIDAR sensors, ultrasonic sensors, and radars on-board for even better recognition of the environment. Overall, Vision S has 33 sensors on the outside.

The vehicle itself is based on a platform from the Austrian company Magna. It has two electric motors on each axle, producing around 270 horsepower. According to Sony, that’s enough to accelerate the sedan to 60 mph in only 4.5 seconds and up to a speed of 149 mph. The Vision S concept should have an autonomy of around 300 miles.

“Through the process of building the prototype, we started to learn a lot about the architecture of the vehicle, we started to think about how our other technologies could be implemented in a vehicle,” said Yuhei Yabe in an interview at CES, who is the General Manager of Sony Corporation’s AI and robotics business group.

Sony confirmed several times that it doesn’t plan to enter the automotive industry with a car. However, we could see most of the tech from the Vision S concept soon in other vehicles.

India Poised To Have The World’s Largest Solar Power Plant… A 750 MW Project!