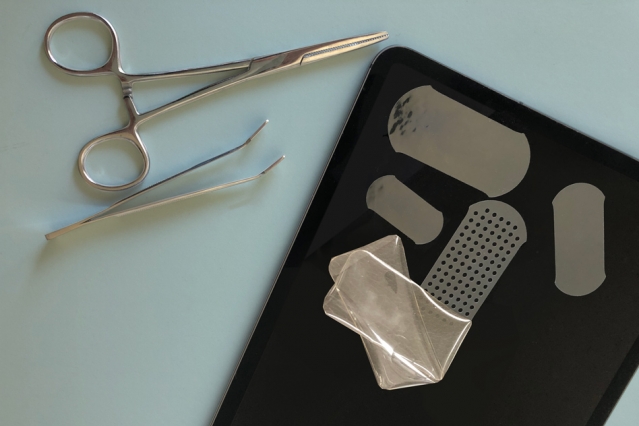 Scientists from MIT have developed a double-sided adhesive tape that seems to be capable of sealing tissues together. The researchers tested their creation in rats and pigs, and managed to bind tissues such as lungs and intestines in a couple of seconds.

This new material could potentially replace surgical sutures which can be unreliable, causing complications after medical operations. Sutures aren’t the best method of binding tissue together anyway, as they stretch the two parts, can cause infections and pain from the needle that is used, and almost always leave a scar behind. However, it is the best method that we have, which has been around since at least 1100 BC.

This makes MIT’s double-sided tapes even more revolutionary and ground-breaking, as they could replace a method that has been used and perfected for many centuries. As the associate professor and member of the team that authored the study, Xuanhe Zhao stated, there are 230 million major surgeries that take place every year around the world. Many of them require sutures, and some of these sutures fail to serve their intended purpose. Contrary, the double-sided tape can rapidly bring two wet surfaces together by mimicking the molecular composition of the spider silk. This material uses poly-acrylic acid to absorb the water from the tissues, and an environment that promotes the formation of weak hydrogen bonds between the two surfaces is created.

Besides the rapid healing effect that comes with this new tape, it can also provide a better, more reliable, and more elegant method to secure medical devices made out of silicone rubber, titanium, and even hydrogels. Finally, there can be a set of different materials to make up the constitution of the tape, depending on the target speed of dissolution. For example, gelatin tapes will dissolve in a few days, whereas chitosan will last for months. This provides a certain level of versatility as well as medical precision that is entirely out of the question when it comes to working with sutures.