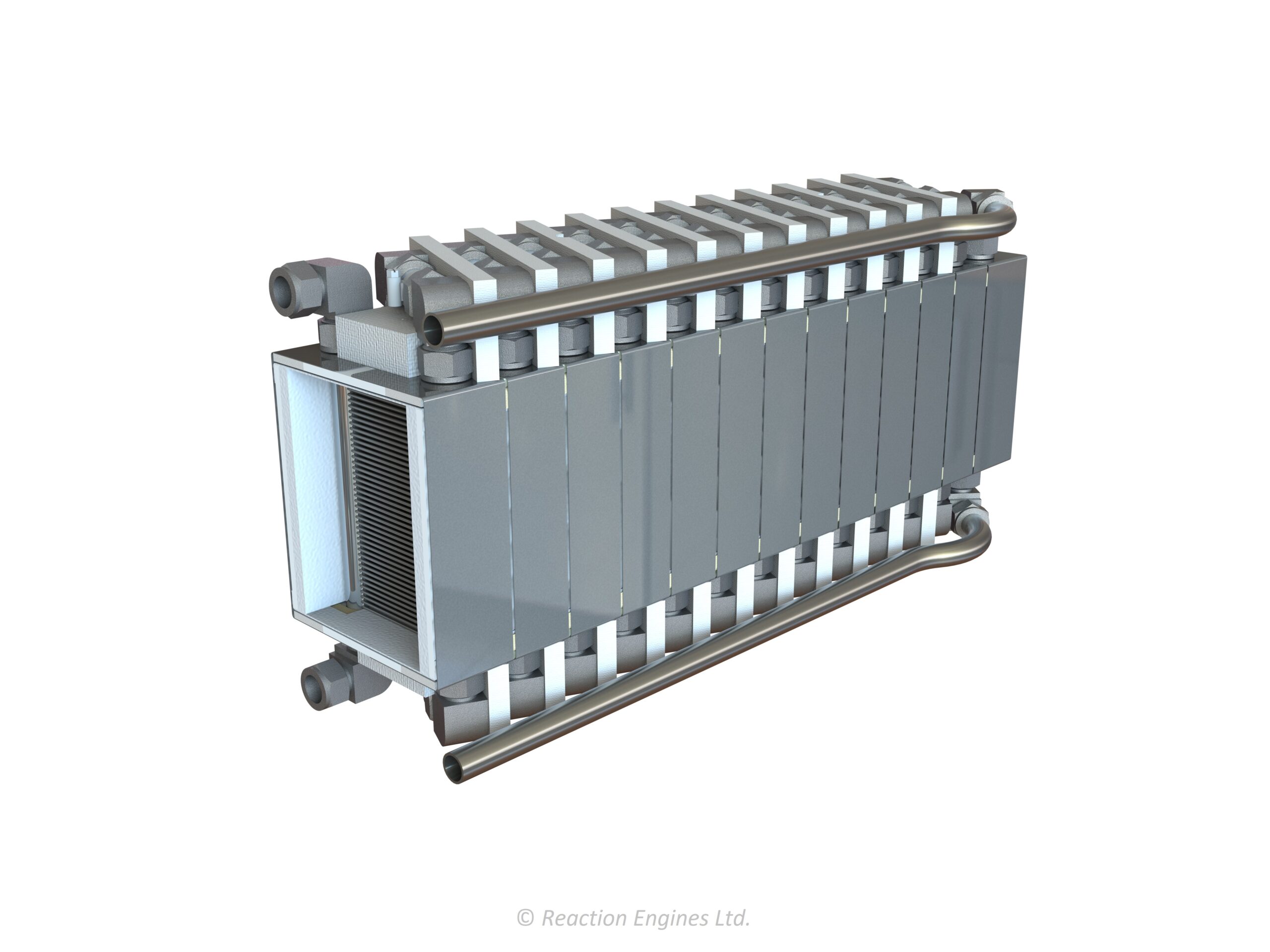 Reaction Engines has partnered with IP Group and the Science and Technology Facilities Council (STFC), to design a compact and lightweight ammonia “cracker” reactor, which they presented during COP26.

The reactor can catalyze ammonia and turn it into hydrogen, which can then be used as a zero-carbon fuel on a range of applications.

In this new engine, ammonia (NH3) is “cracked” into three parts of H2 and one part of N2, and because the products are in pure form, separating the two different kinds of molecules is fairly easy.

The companies believe that the best possible use-case scenario for this engine is power generation in remote, off-grid locations. Ammonia can be stored and transported in liquid form inside non-insulated vessels tanks without requiring refrigeration.

Ammonia is a common byproduct of numerous industrial chemical processes, and is also used in fertilizers, fermenters, refrigerants, food products, textile, and as a fuel itself. As such, it is one of the most produced inorganic chemicals, with roughly 175 million tonnes produced annually.

Ammonia is a pollutant for the environment and a harmful substance to humans, so having a system that makes collecting and reusing it for the production of energy would be a great way to avoid dealing with complexities that underpin its disposal.

Other potential uses of the special catalyzing engine include energy production plants, aviation, and the shipping industry. In the case of maritime, it is particularly interesting because this approach could dramatically increase fuel efficiency, thus reducing travel costs.

Ammonia has a high volumetric energy density, so it would take up less space on ships. Similarly, it would also weigh less than conventional mazut oil fuel, so it could have a very positive impact on the shipping industry. For comparison, mazut has an energy density of 40 MJ per kg, while hydrogen has 120 MJ/kg.