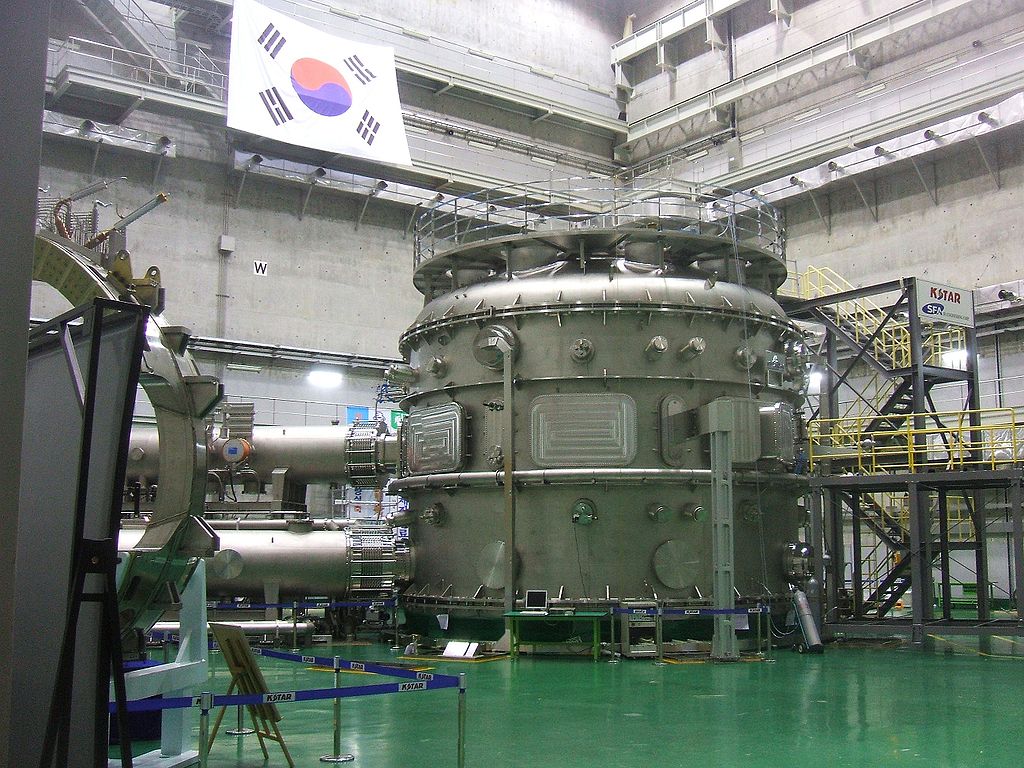 ‘KSTAR’, the South Korean tokamak-type nuclear fusion reactor has just broken its own record for the longest sustained high-temperature plasma, taking it to a whopping 20 seconds. The previous was eight seconds achieved in March 2020, and 1.5 seconds in 2019. To get an idea of the magnitude of this feat, plasma sustainability is only possible at temperatures of 100 million degrees (Kelvin) or higher, which is exactly the figure that KSTAR reached.

Keeping the temperature at this level is the prerequisite for maintaining plasma and eventually achieve nuclear fusion reaction operations. Of course, 20 seconds is not nearly enough for this purpose, but it’s valuable to serve as a breakthrough point, proving that a lot is possible with the present technology. The next goal is to sustain this temperature for 300 seconds by 2025, and that will be the turning point from a practical perspective.

The KSTAR will remain a research-focused tokamak though, running experiments and helping us dive deeper into the exotic technology of magnetic fusion. One of the researchers there, Yong-Su Na, stated that this success brings us a step closer to the development of technologies for the realizations of nuclear fusion energy. In commercial realizations, the KSTAR device could serve as the basis or the ground platform to achieve steady-state high-performance fusion plasmas.

Magnetic confinement fusion remains an immature technology at a very early stage of development, but we are now taking steps that give scientists the confidence to pass from the realm of “theoretical possibilities” to “practical attainability”. Previously, a notable number of scientists chose to disregard the sustainability or feasibility of the particular tech, essentially portraying experiments like the KSTAR as a waste of resources and time. Now, it’s all turning around, even if it took many years of hard work and perseverance.

HP Has Unveiled a Supercomputer That is 8,000 Times Faster Than Existing PCs