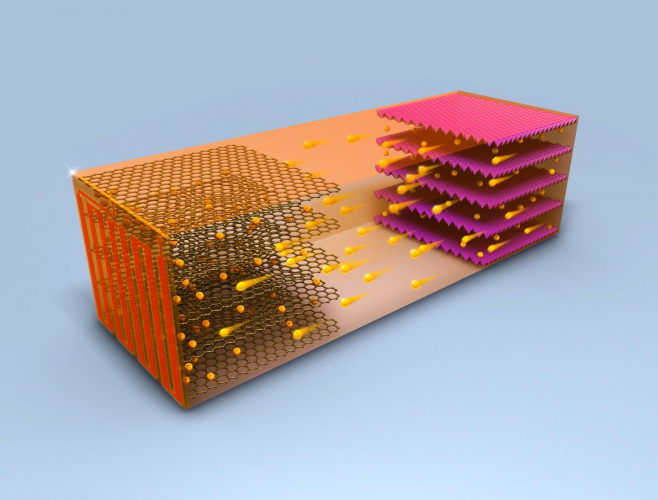 Researchers from the Penn State University in the U.S., have discovered an amazing new way to rapid charge lithium-ion batteries without damaging them. As they characteristically promote as an example, ten minutes of charging an electric vehicle will result in a 200 to 300 miles range. To make things even greater, the director of the Electrochemical Engine Center, and the leader of the particular research project, Chao-Yang Wang, believes that their method is good to carry out 2500 charging cycles. The corresponding number of miles of travel goes well beyond the expected lifetime of an EV vehicle, so the method is practically feasible.

Science is not about words, but data. As such, the team of researchers has presented their data and measurements after testing a 209 Wh/kg Li-ion cell that underwent 2500 charging cycles. The total capacity after this “punishment” dropped only to 91.7%, which greatly exceeds the U.S. Department of Energy’s rapid charging degradation requirements (20% drop after 500 cycles). Their trick is called “asymmetric temperature modulation” (ATM), which charges the cell at a temperature of 60 OC, eliminating the problem of lithium plating. This problem troubles batteries that are charged at ambient temperatures, resulting in the depositing of lithium in spears on the carbon anodes. ATM only needs an additional thin nickel foil that attaches to the negative terminal and serves as a third terminal itself. The flow of the electrons is controlled by a temperature sensor, and the electricity that passes through the nickel foil raises the cell temperature to the ideal sixty degrees Celsius.

Now, EV adoption is moving forward, but many are still very reluctant. Things like having to spend hours in charging stations, eating, playing, drinking coffees, etc. until you’re ready to hit the road again aren’t resonating well with most people out there. Reliable and non-destructive rapid charging methods like the ATM can play a pivotal role in the EV market growth pace.