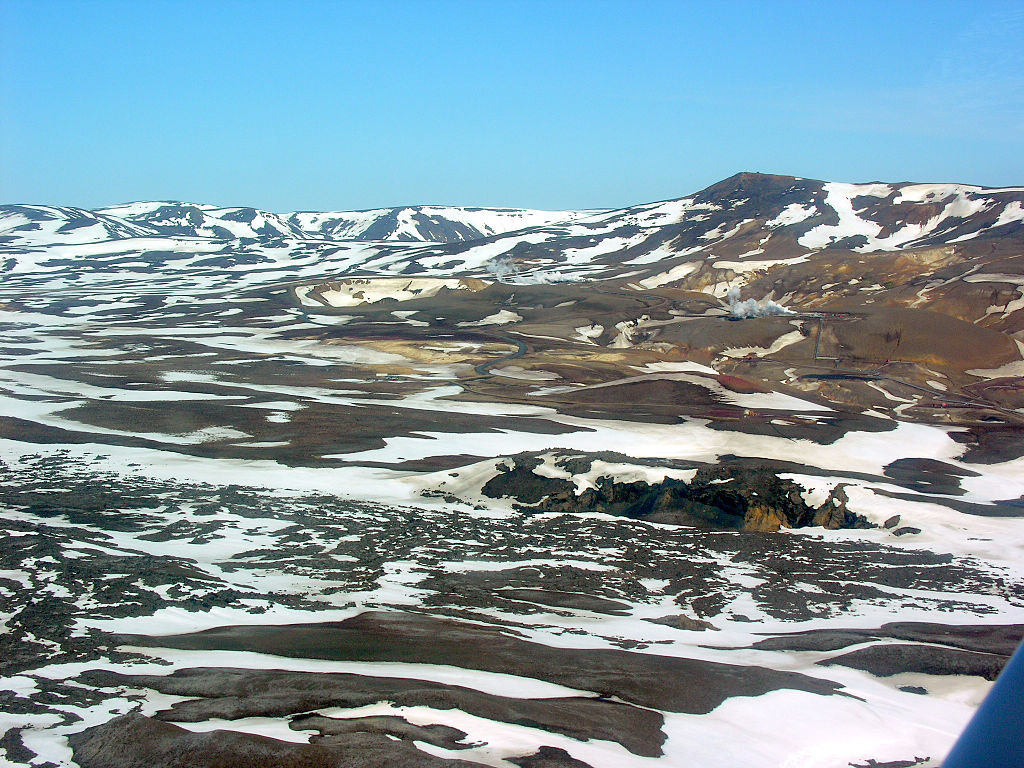 Engineers in Iceland are preparing to drill two kilometers (1.2 miles) into the Krafla volcano, hitting right into its magma chamber where immense amounts of thermal energy lie.

Krafla has had 29 reported eruptions in history, and it has been the source of geothermal energy since 1977 when the authorities built a 60 MWatt power station in the area. It has a shallow depth and extremely high temperatures very close to the surface, making it ideal for deep drilling projects.

The $100 million project is based on the work of scientists and researchers from 38 institutes and companies in 11 countries, who are collectively working to solve all the practical complexities that arise from drilling inside a volcanic chamber where temperatures of 900 degrees Celsius (1,650 Fahrenheit) prevail.

If they manage to perform the boring operation successfully, they could harness the energy of supercritical steam (450OC). Two wells of this kind would be enough to generate 60 megawatts of power on the nearby plant, which is currently using 18 boreholes for the same energy output.

Drilling into the magma chamber is a technically challenging concept, and scientists also worry about the possibility of triggering a volcanic eruption. Accidental drilling on magma pockets has previously occurred at three locations in the world, but nothing disastrous happened as a result.

During the first drilling tests on the Krafla volcano, hot smoke shot up and lava flowed nine meters above ground, damaging the equipment. However, no injuries occurred and no eruption was caused.

Still, it’s all a mystery right now and scientists are working on figuring out all the potential risks and proactively addressing them. If all goes according to the plan, the first drilling for the creation of a normal-sized well will start in 2024.

Upwards of 68,000 Medical Systems are Accessible Online For Hackers to Attack