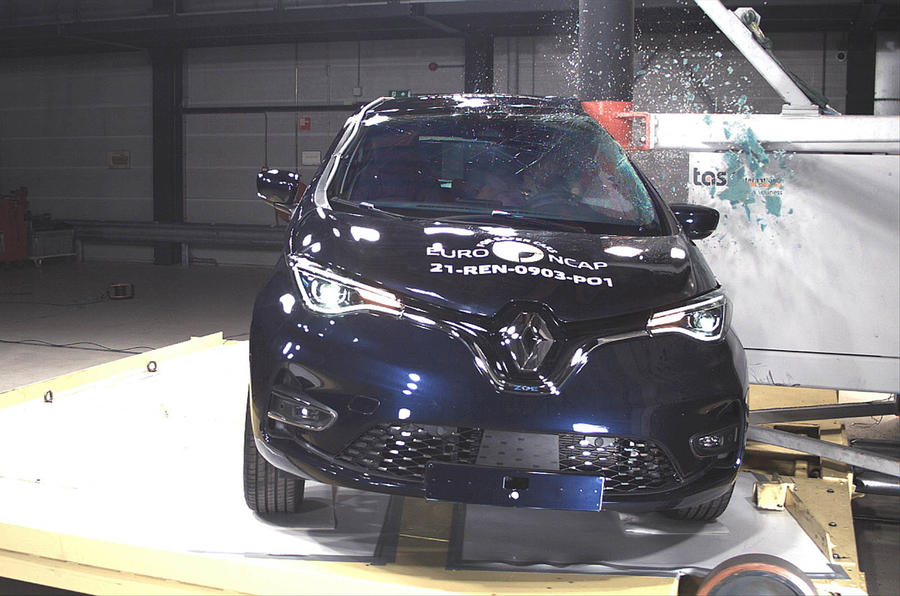 The Renault Zoe, one of Europe’s best-selling electric cars and one of France’s favorite vehicles, has been awarded zero out of five stars by Euro NCAP, the safety performance evaluation body.

According to the detailed crash-test report, the Zoe managed a score of 43% on adult occupant safety, 52% for child occupants, 41% for vulnerable road users, and only 14% for its safety assist systems.

The atrocious performance makes the Renault Zoe just the third car to be given zero starts in all of Euro NCAP’s history.

The previous (2013) version of the Zoe held a “perfect”, five-star rating, but Renault face-lifted the model and visited the Belgian assessment center for a new round of crash testing. Apart from the slightly different looks, the new Zoe features a bigger battery and larger motors. This meant that inevitably, Renault’s engineers had to make some cuts if they were to keep the dimensions within the “super-mini” category, and one of the things that were gutted was the full-sized side airbags.

Besides that, the new Zoe doesn’t have a knee airbag, a side head airbag, a side pelvis airbag, a center airbag, an active bonnet, or autonomous emergency braking (AEB). These are all scored by the current NCAP standard, which is getting increasingly stricter. Obviously, if the 2013 Zoe was tested today, it wouldn’t have gotten five stars, but it’d still do better than its successor.

Renault was moved by the negative results and promised to make the AEB standard to all Zoe models ordered after March 1, 2022. The other shortcomings will require more fundamental changes in the car’s design, which is next to impossible to accommodate at this point. As such, it could be promoted to markets where consumers don’t have very high demands concerning accident safety or be retracted sooner than planned.

Is Sustainable Architecture a Fad or a Revolution?